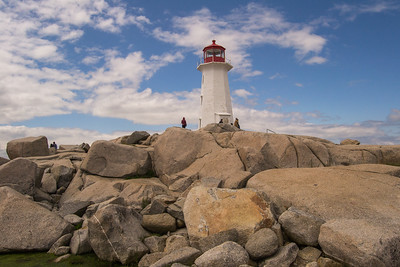 Tried something new… but I have returned.

I've had a SmugMug site for quite a while. About a year ago I decided it would be a good idea to have my blogs and photos under one roof. So I moved to a WordPress platform for my photos as I’d already become familiar with that. As time went on I built sites for my wife’s photos then one for my friend Burt. We began to notice things slowing down both when working on the sites and when viewing photos.

I finally spoke to BlueHost and while they didn’t say there was any issue with the size of the sites or the amount of content, they did assure me that if I moved up to a better plan things would likely do better. Hmmmmmmm. Obviously the cost would also increase. That didn't seem like a great option since I was already paying too much to have both BlueHost and Smugmug for a non-profit hobby.

That’s not to disparage either BlueHost or WordPress because I like them both. I’m at a point where I'm more interested in photography than writing. I think SmugMug will serve my needs better in the long run. I am hopeful that I will get back in the mood to write, it’s just not happening right now.

I bought two more SmugMug sites, on for my wife and one for my friend, for less than the cost of my current BlueHost. Eventually my “not-doing-too-much-blogging” sites could be hosted on Blogger or some less expensive host. So… I’m back.

I’ve been building websites for 10+ years—lately with a modicum of success and personal satisfaction. It’s been a long and aggravating learning experience. I’m happy that the sites I’m now responsible for are fairly simple. There is a world of site building that I don’t begin to understand nor frankly care to learn at this stage of life.

I've become convinced that content is king and UI simplicity is queen. To that end I've reworked a number of sites for myself and others with navigation and simplicity falling in just behind content.

This evendozen.com site, my wife’s vickiepics.com and friend Burt Hollen’s seafoamsky.com are the culmination (so far) of simplicity and, dare I say, a quiet elegance that I’ve heretofore struggled to achieve.  I'm probably as satisfied with these efforts, from an aesthetic and functional perspective as anything I've done.

However, I must say that the first site on which I “discovered” the beauty of simplicity and clarity is the current website (Built on the WordPress platform) of my good friend John Yates @ johnyatesministry.com. He was my very first effort at building a site for someone other than myself. He quietly and ever graciously suffered through some, shall we say, less than sophisticated designs. Thankfully he continued to trust me and allow me to experiment.

Now I need to work on my photo content so that hopefully it will complement the design.

Return to top
Powered by SmugMug Owner Log In