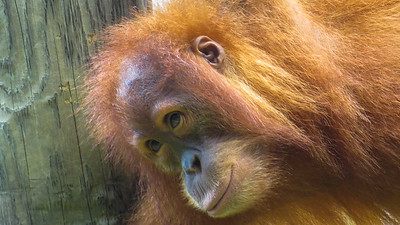 Although I've been fairly diligent over the years cleaning up my photo files, they still seem to be multiplying while I'm not looking. So I've challenged myself to not only get even more brutal about what I keep but also to get them in post-process and see if I can make them presentable.

As to the purging, I've been using a few simple criteria when deciding what to keep:

FYI in case you don't know:

All digital photos begin life as raw data regardless of the settings on your camera or phone.

They need to be processed into an image file such as a jpeg to be viewed on screen or printed. The only question is whether they get processed by your camera's internal software or with external software on a computer.

Even the least powerful computer/software combination has the capacity to do a better job of processing a photo than your camera. Whether it does or not depends on the operator’s knowledge of the software available.

Well, as much as Winter comes to Mobile, AL. My wife and I were talking about this the other day. She mentioned that this Winter might be a good time to work on some heretofore unprocessed/under-processed/unpublished photos.

Good idea but overwhelming considering the sheer volume. Even though I purge often and ruthlessly, currently in my photos folders I'm at 37,438 files in 1,115 sub-folders = 280GB. Of course there are duplicates of files in various sizes and formats and many of them have been satisfactorily processed, but even so…

Where do I start?

It makes sense to just start at the beginning and work my way through. Otherwise I will likely pick and choose the ones I find most appealing and/or easiest to get done — which is obviously what I've been doing for years.

In my "Pictures" folder …

I have lots of sub-folders and sub-sub-folders (is that a real thing?). So I'll start with the "A" folders:

"Architecture" was easy — "Mobile buildings" 10 pics. I haven't done too many building or at least haven't moved or copied them to this folder. I expect before this journey is over there will be more.

Alright, I've procrastinated long enough. Time to get to work.

It is now 3/16/2016 and the purging is still a work in progress. To be fair, I’ve had a couple rough months physically and also I’ve been a little lazy. I’m in the process of moving my photos back to SmugMug. WordPress is a great blogging platform but even with the best photo themes I could find it’s just too difficult and slow.